The sentence “We think it might be coeliac disease, so we will run tests.” Started it all. It was a very cold winter in Stoke, and I was in my last semester of university studying film production, with a really busy few months ahead, and I had spent more time in doctors waiting rooms than actually studying and getting my sh*t together. I spent more money on prescriptions than printer credits in the library, and I was either glued to my bed, or glued to the toilet.

A few months prior to this, I was sat with another doctor who thought I was there for antidepressants. I had spent about 2 years with anemia, and my vitamin B12 had been low and I had to have frequent injections for a long time. I was extremely tired, and physically couldn’t get out of bed until I had about 16 hours sleep at least. My boyfriend called me a ‘sloth in a people’s body’ – This is also how The Coeliac Sloth came about! I couldn’t find out what was wrong with me, and I was doing everything right by doctors orders.

It was upsetting because I felt like I needed extra time on my work, but there was no evidence for me to show that I needed it. I missed out on so many social events, film shoots and I did get depressed because of it. I couldn’t focus on ANY work at all because of all the brain fog. I hated my body because it let me down. My doctor made me fill out a sheet to say how sad I was, and offered me antidepressants. I left the surgery with absolutely zero progress, because I didn’t WANT antidepressants, I wanted an explanation as to why my body wasn’t functioning properly.

Anyway, back to the day that started the ball rolling on my Coeliac diagnosis. I did a bit of googling and researching as to what Coeliac Disease was. It made so much sense when I did. It felt like a weight was being lifted off my shoulders, I cried happy tears on the bus and rang my mum to tell her.

The main symptoms I identified with were:

It made so much sense! Because my student diet was based around pasta and bread.

And I realised I must have had it for a while. When I was in college, around 2009/10, I spent most of my money on junk food. I also lost loads of weight in a short amount of time. I didn’t know why, I just thought “fast metabolism, great!” Then I got bullied and rumours spread about me being bullimic and anorexic. I didn’t really care, so I would eat more and more unhealthy junk food on my lunch to make my point to them that no I wasnt. I didn’t think anything of it, and carried on with life, like ‘yeah, whatever.’

Anyway, a few years went on and when I went to uni, I wanted to get fit and tone up. I really struggled to tone my stomach because no matter what I ate, I couldn’t see any progress with my abs. I bloated after every meal and what I ate really didn’t change anything. I researched and followed diet plans from fitness bloggers, but nothing. I came to the general conclusion that ‘bread makes you fat’ and just gave up with fitness because I loved carbs. And beer. I just assumed it made you gassy and bloated anyway, or I had eaten too much, and that everyone got a little bit of painful bloating every now and again. It never really entered my mind that it could be something more serious like Coeliac Disease.

My hair would never grow past a certain length, and despite trying everything, it just fell out. James, my boyfriend would wake up with hairballs from me, it was ridiculous!

And then all the vitamin deficiencies and fatigue started, and they got worse over a period of 18 months. Then that very day where I got told they would test me for Coeliac Disease gave me a little glimmer of hope.

Anyway, fast forward to 2018, 3 years after my diagnosis of coeliac disease. I’m living my best gluten free life, and my hair is SO LONG I feel like a mermaid. I still struggle with the fatigue at times, because I get low on iron every so often. I’m no longer classed as ‘underweight’ and I feel so good about myself, my body image and I have given up my ‘fitness goals’ because I LOVE GLUTEN FREE CAKE SO MUCH. I also made it to graduation and got a 2:1 despite all of the setbacks I had.

I know people complain about gluten free food, but the upsides to being gluten free for medical reasons really outweighs the negative parts. I pay extra because I don’t want to be ill and hate my body. I deal with the holey bread because science has proven this is a solution and will put me at less risk of bowel cancer and osteoporosis. I love being gluten free because I’m happier, I now love my body and I can connect with other people online that feel the same way!

**Please note, I make NO money from these advertisements on my blog, put there by wordpress. I have nothing to do with the content within the advertisements**

2 thoughts on “What impact did undiagnosed Coeliac Disease have on my life?” 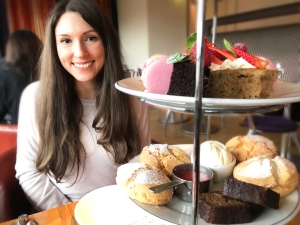 #blackouttuesday Black lives matter ✊🏽✊🏾✊🏿
If you’d have told me when I got diagnosed that there would be so many gluten free beers, I wouldn’t have believed you! But here I am 🤷‍♀️🤷‍♀️. . I discovered @brasscastlebeer through Instagram and have been keen to try some of their beers. I placed an order on Wednesday and it arrived yesterday, so 10/10 on delivery! If you didn’t know, their beers are vegan and brewed gluten free, but still have all the characteristics of ‘proper’ beer. I’m really excited to try these when my working week is over (and god knows I need one after this week). I love the effort that’s gone into just the packaging alone, so I’m sure the beer is wonderful! 🍻 If you have any GF beer recommendations, maybe those you can’t find in the supermarkets, let me know below! . . #glutenfreelife #glutenfreeliving #freefrom #glutenfree #freefromfood #instagood #l4l #glutenfreeuk #wheatfree #glutenintolerance #coeliacdisease #autoimmunedisease #singluten #bezglutenu #glutenfrije #celiac #celiacdisease #celiacawarenessmonth #coeliacawareness #glutenfreecommunity #coeliacblog #glutenfreeliving #livingwithcoeliac #glutenfreebeer #coeliacsafe #glutenfreelager #microbrewery #coeliacawarenessweek #glutenfreeipa
🦥🦥𝟭𝟬 𝗳𝗮𝗰𝘁𝘀 𝗮𝗯𝗼𝘂𝘁 𝗺𝗲! Thank you @powerlaura_ for this tag! I got preoccupied yesterday so sorry for the delay! I nominate @lifeattarget 🌟 . 1. I was diagnosed coeliac in 2015 after being low on so many vitamins and extreme fatigue for so long. . 2. If I could visit anywhere in the world it would be Costa Rica because I’d love to visit the sloth sanctuary. . 3. I have a degree in film and don’t really do anything with it because I was more focused on getting better after my coeliac diagnosis and I fell out of love with it. But I did get some awesome work experience on Peaky Blinders and This Morning which I’ll never forget. . 4. When the world is right again, I think I’d just go back and visit Edinburgh rather than go abroad. It’s one of my favourite places. . 5. If I had a time machine I would go back in time to watch David Bowie play live. Or Jimi Hendrix. I love old rock music. . 6. I’m a Hufflepuff. . 7. I have quite a few tattoos and would love a War of the Worlds inspired one as a back piece. . 8. Everyone seems to have their ‘favourite’ chocolate but I don’t. I love all gluten free chocolates equally. . 9. Before I start anything when I wake up, I always have to have two cups of tea. Any less and I’ll be grumpy. . 10. I’m happiest in the sunshine, eating yummy food, napping, or with James and my family (whenever I’ll be able to see them next)
#gift Here’s a coeliac tip: If you don’t have any gluten free flour around, and fancy making something yummy, like my gluten free waffles, you can use gluten free oats instead! Just whizz them up in a food processor to make flour to #getcreative ! @nairnsoatcakes gluten free Scottish porridge oats are perfect for this and it’s just so effortless. They’re a good way to get extra fibre and protein in too! You can even make it self-raising flour by adding some baking powder too. You can buy these oats on their website or in Tesco and Sainsbury’s. I made these waffles, for me and James using them, 👉👉swipe for the recipe. They were so good with some fresh strawberries and choccy spread 🍫 🍓 While I’m on the subject, I know everyone is different, but did anyone of you also react to gluten free oats after your diagnosis? The protein in oats is a bit similar to gluten and I was a little more sensitive to them and it took me about 2 years of trial and error to re-introduce them. But now gluten free porridge is my main breakfast food. . . . . #glutenfreelife #glutenfree #wheatfree #coeliac #glutenfreeuk #coeliacdisease #ukfoodblogger #singluten #foodporn #glutenfreefoodie #glutenfreeideas #feedfeedglutenfree #girlswhobake #gfcommunity #glutenfreefollowme #glutenfreeblogger #glutenfreelife #wheatfree #foodblogger #foodporn #glutenfreeinspo #glutenfreeinstagram #ukblogger #glutenfreebaking #freefromblog #wheatallergy #glutenfreebaker #coeliacawarenessweek #glutenfreeeats #glutenfreewaffles
I’ve been missing gluten free fish and chips for absolutely bloody ages!! So today I got my first one in months from @fyldefishandchipsbirkdale . I used their app to order and pay via click and collect, which is so easy to use, and you can even pre-order for their contact-free delivery service too. I really can’t wait until they can re-open the restaurants as they do two really nice gluten free pies 👌👌 If you’re in Southport or Burscough, their app is available to use on iPhones and androids, just search ‘Fylde fish and chips’. . . #glutenfree #glutenfreeuk # #glutenfreeeats #freefromgluten #glutenfreefood #livingglutenfree #glutenfreelife #wheatfree #celiaclife #coeliacfriendly #glutenfreeliving #feedfeedglutenfree #glutenfreeblogger #glutenfreeideas #freefromblog #instafood #discoverunder5k #glutenfreeinspo #coeliacblogger #celiacblog #freefromgluten #uklockdown #burscough #glutenfreenorthwest #milkfree #glutenfreeblog #glutenfreelife #coeliaclife #standupforsouthport #quarantine #corona
That’s my gluten free sweet treats sorted for a while! 😍 Last week I ordered the @lazydayfoods mystery box, which was £15 (I think they’re sold out now, but they have other products online). They’re all gluten free, milk free, egg free and nut free too! I’ve had some of their products before when I’ve picked them up from the shops, but haven’t seen half of this stuff before 😮 I’m actually amazed at how much stuff is in there! I can’t wait to try the truffles either! 🦥 . . #glutenfree #glutenfreeuk # #glutenfreeeats #freefromgluten #glutenfreefood #livingglutenfree #glutenfreelife #wheatfree #celiaclife #coeliacfriendly #glutenfreeliving #feedfeedglutenfree #glutenfreeblogger #glutenfreeideas #freefromblog #instafood #discoverunder5k #glutenfreeinspo #coeliacblogger #celiacblog #freefromgluten #uklockdown #glutenfreedelivery #glutenfreedairyfree #milkfree #glutenfreeblog #glutenfreelife #coeliaclife #quarantinekitchen #quarantine #corona